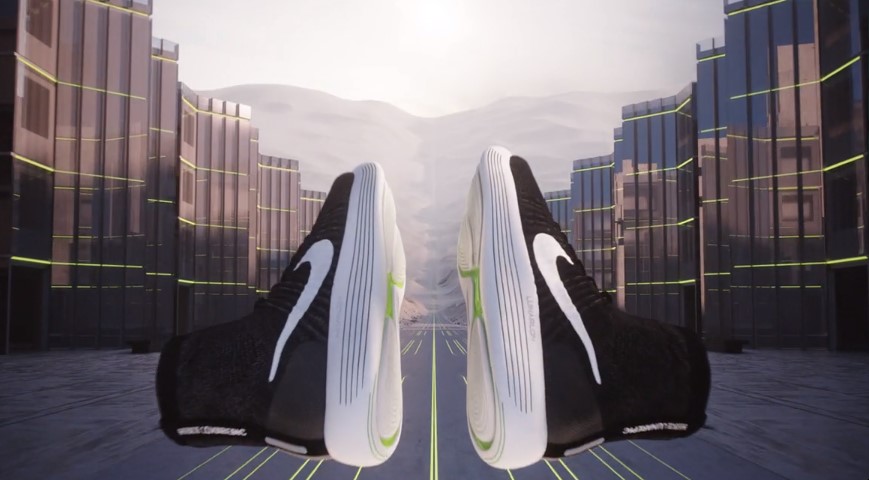 Working with a 3D animation studio can be an incredible way to show off your brand's product. At Skeleton we have searched far and wide for five of what we consider to be the most incredible product animations. 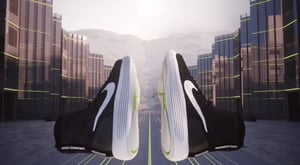 Sometimes, when you want to show off your incredible new product, live action filming just doesn't cut it. That's because, whilst filming is great, it has its limitations in terms of what can be captured, and therefore represented in video. That's where 3D animation wins hands down - it's possible to do some pretty incredible things with it.

If you're not sure about animation for your product, have a think about the following ways it could help your business.

A world leader in trainers and sportswear, Nike needed an incredible product video to help them stand out from competitors. The product in question was LunarEpic trainers, and they wanted to present them in a way which reflected their bold name.

They also utilise animation to show intricate details of the shoe not seen by the naked eye, giving an in-depth view of the trainer.


Europe based writing utensil company LAMY were looking to embody the attitude of their new range of pens. It was key that they could make their pens exciting and sell the personality of...well...a pen!

In comes a 3D animation studio to make this idea a reality. They produced several 3D product animations in order to give the pens life, as well as to show off their features in a dynamic 3D space. The 3D animation studio tailored the style of each video to suit the personality and function of the individual pens.

In order to add further excitement to this unveiling of a new pen, the animation is combined with music to give it an additional edge.

Pepsi is a household name, but sometimes they want to remind the world that their soft drinks exist, just in case anyone forgot.

They needed to find a way to show how their zero sugar Pepsi is still a good alternative to their regular Pepsi. Alongside this, the brand wanted to create music based around the sounds of opening and drinking a Pepsi.

Utilising animation services, they gave the illusion of Pepsi acting in unnatural ways - cans distorting, spheres of liquid floating. They then combined these with the music, giving the animation, and the soft drink, personality.

The 3D animation studio integrated animation and live action filming to further suggest that Pepsi truly behaves like this in reality. The outcome is a striking and fun video, which successfully creates a tangible connection between Pepsi and music.


Known mostly for their online shopping platform, Shopify needed to make a big noise in regards to their physical chip reader, intended for pop up shops, and any way a Shopify user might want to bring their online store into the real world.

They opted to work with a 3D product animation company to demonstrate this new piece of tech. Using animation, they could transform the chip reader into a variety of different objects related to Shopify, such as a record player and an engagement ring box.

Using 3D to present their product meant they could show a variety of transactions and situations that the chip reader could be used in, without having to break open their actual chip readers or turn them into handbags.

Sunesis offer a unique service - they build modular schools from the ground up. To raise awareness of this service, and obtain new leads and customers, they wanted to explain how their intricate planning process works in the easiest way possible.

It was important to them to be able to communicate the unique style of their floor plans - the modular nature of the designs - to audiences at a trade show. It can be difficult when a company is at a stage where they don't have a physical product to show, and 3D animation studios can help make these products more of a reality to audiences.

They used 3D to tell the story of their brand - from the design process to final school buildings. The use of blocks in 3D reflect Sunesis, own floor plans, creating synergy between the information they were handing out at the trade show.

At the time of the trade show, they had no finished building projects and they wanted to include 3D renders of possible schools to highlight how the final builds could look.

The 3D animated video ensured they could explain their product thoroughly, as well as help potential customers visualise what their project with Sunesis could look like.

Product animations have a variety of uses, from sending products to the moon to manipulating gravity.

Whatever you want your product to do, a 3D product animation company can make it happen for you.

3D animation can result in an incredible product animation, doing what is not possible with live action film.

Here at Skeleton, we have a team of specialists in a variety of animation services, including 3D / 2D motion graphics and live action and animated interaction.

If you want to find out how we can make your product stand out, please get in touch!