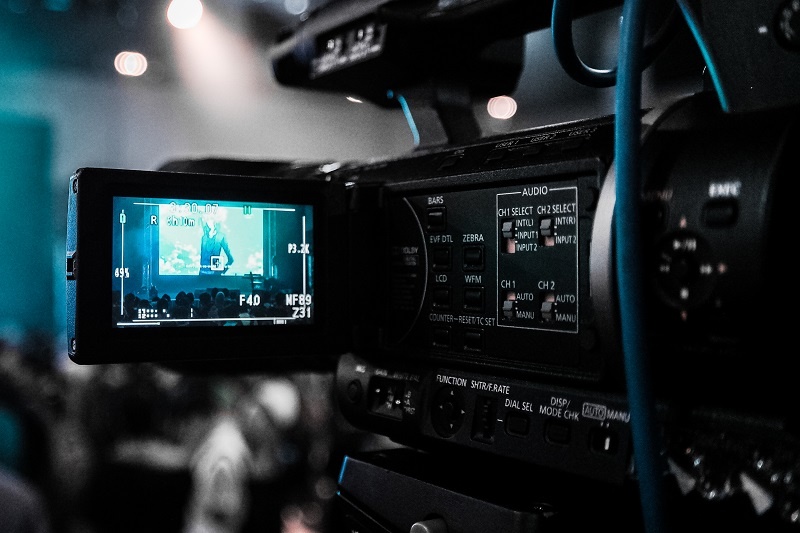 This is How We Decide the Size of Your Film Crew

To be great video must be handled by production experts who love and respect their craft. This is how we decide how many of them your video project needs. 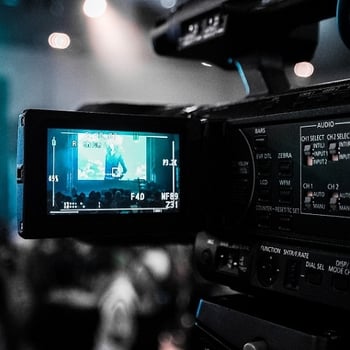 There's a lot that goes into video.

Just like any form of content, to be great it must be handled by experts who love and respect their craft.

So when it comes to deciding the size of your production film crew, what you're really deciding is how many experts you need to create an awesome video.

(According to the complexity of the project, of course.)

This post will show you the thought process behind our film crews.

Have a read through and find out which kind of crew will best suit your video project.

For almost all projects, a 2 man crew is the best basic setup (more on that later).

But if your video project could be described as "sexy shots timed to music", then a 1 person crew could work.

Or, if you're filming an interview and the budget is tight, most camera operators can also direct a simple shoot and ask questions to the interviewee. At the same time they need to make sure the subject is in focus and the audio levels are correct.

Here's a case study video we shot in Hungary with a single camera operator:

Obviously this is a lot of multitasking for one person. There's a chance that something might not be captured correctly, which can lead to an unnecessary reshoot.

That's why we recommend...

This film crew is the perfect foundation for almost all video projects. You'll most likely be taking this dynamic duo and building on it.

As it is, it's ideal for "talking head" interviews and small scripted updates. Like the following:

In this scenario, the camera operator can dedicate their full attention to the picture and sound quality. The director can lead the shoot, guide the presenters, interviewees or actors, and make sure everything is going to plan.

It's also a good idea to have two sets of skilled eyes on shoot. This makes it easier to decide which shots are needed for complementary footage, or "B-roll" as we call it.

B-roll helps add style to the substance and can bring simple videos to life.

The Triumvirate: 1 Director and 2 Camera Operators

There will never be more than one director. It's vital to have a key decision maker on set.

But it's always useful to have more than one camera operator.

Extra cameras give the editor more cutaway options and footage to work with. We all know that humans are evolving goldfish-like attention spans, so it's helpful to have different camera angles to cut between.

This is an example of a testimonial video we filmed with 2 cameras:

If you're shooting an interview but want a more sophisticated feel, we suggest this. Set up the first camera as you normally would: facing the interviewee so they're framed slightly off to one side. Then, with the second camera, film a shot that's more of a side-on profile view.

This simple shot setup, if edited together smoothly, can add an extra visual punch to your video.

This setup is the way to go for a Parkinson-style fireside chat. You know, where 2 or more people are sitting next to each other having a conversation.

One camera (we'll call it camera A) will be "on the wide". That means it will be placed smack-dab in front of everyone so it captures them all in frame. Cameras B and C will sit on either side of camera A and focus directly on the person or people they are facing.

This way the editor will be able to take a clip of the interviewer asking a question from camera B and cut it with the answer from camera C. See this example:

This is also the ideal setup for conferences. Long videos need lots of cuts to keep the audience hooked.

If all the cameras at a conference are following the speaker on stage, there can be jolty camera moves or zoom changes. But with 3 cameras set up in this way, the editor can choose the best takes and the viewer is none the wiser.

These members of the film crew are used less frequently but can be a must-have on bigger, more complicated projects.

For example, a sound recordist is required if your video will feature more than 2 speakers.

Most cameras only have 2 audio inputs. That means if there are 3 microphones being used on set and only 1 camera, a sound recordist is an essential part of the crew.

That's why we used a sound recordist on this shoot:

It's best to use a sound recordist when filming scripted pieces of content. Especially if they're shot in a noisy or unpredictable location. Without a sound recordist, your audio may be inconsisent or feature a slight background hum. The last thing you want to do is annoy your audience with that.

Sound recordists are also important when filming events. In this situation there's likely to be several cameras and microphones, along with video and sound from presentations and Q&As with the audience. Without the sound recordist, an event will sound one-dimensional.

On top of that, at an event there's no way the director can yell, "Andy's audio feed isn't coming through. Let's stop and take it from the top". So it's better to be safe than sorry.

Gaffers are electrical and lighting experts who make sure the scene is set up in the best way possible. They also transport equipment, and help with setting it up and tearing it down.

When each camera operator is bringing a car full of equipment, having an extra set of hands on set is really useful.

These guys are essential for bigger scale video productions like brand films, product films or any video intended for offline distribution. The production value is typically higher, which means you need a lot more kit and specialist knowledge of how to use it.

Videos like this one will almost always require a gaffer:

Runners may seem like overkill. But trust me, they make a huge impact on a shoot.

(I'm not just saying that because I was a runner for years and wished someone had said that to me.)

If you have actors or models who need to get their makeup applied and be ready for a specific time, you need someone to usher them around.

If you have to arrange lunch for 15 people and 3 of them need to be vegetarian and 1 gluten free, you need someone to handle it.

If you have to leave the location of the shoot exactly as you found it, which means setting up 500 folding chairs, you need someone to do that.

And if Brenda wants a diet coke, you need someone to get it for her... bloody Brenda.

Note: no Brendas were actually involved in the following shoot. Runners, however, were.

There are so many other specialised roles in a film crew that could amp up your video.

Every video project is unique and having the right crew in place is crucial to its success. With the right people on board you will make the most of your time, dodge any foreseeable bullets, and get a better video in the end.

Is there a project on your horizon? Want to chat about the ideal crew for your video content? We're happy to help.