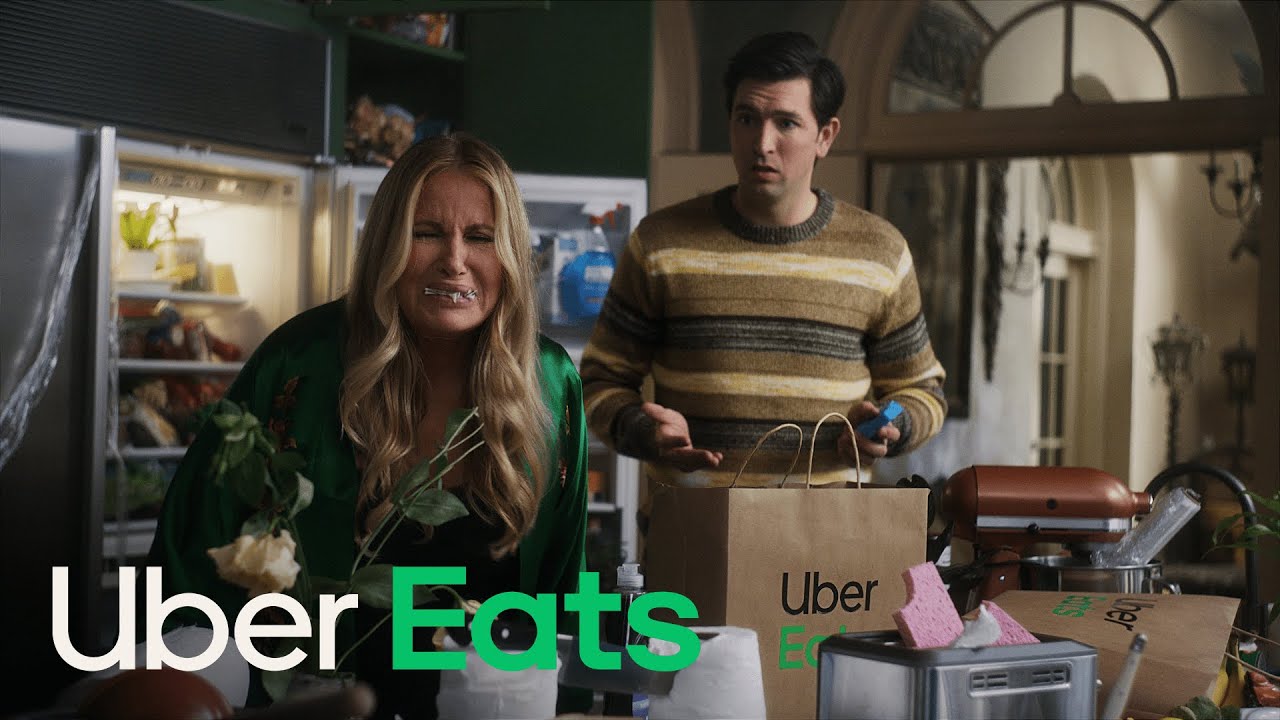 America loves the Super Bowl. While the sports fans get revved up for The Big Game, others are using it as an excuse to hoard snacks and guzzle down a beer or twelve. But for the video production-obsessed like us, it's the Super Bowl commercials that really pique our interest.

With huge budgets, they're star-studded, often ridiculous, and a few of them are actually very entertaining. We've collected the best of this year's lot. Watch for yourself.

Celebrities at home eating things they shouldn't is how Uber Eats have decided to advertise that they deliver more than just takeout now, including Gwyneth Paltrow's divisive candle. You know the one.

It's so, so daft, and as a result, highly memorable. Plus, anything with Jennifer Coolidge and Cousin Greg from Succession is a win in our book.

For us, it's the multitude of cultural references such as The Big Lebowski, the ELO soundtrack, and the folks who are in it. We never knew we needed a Tarantino-style film starring the likes of Payton Lanning, Steve Buschemi, and Queen Serena herself until now.

Starring Zendaya as Sally and narrated by Andre 3000, Squarespace's commercial explains how simple it is for small business owners to establish and grow their online presence in the most endearing way.

Seeing Sally's business boom is depicted through seamless scene transitions on the beach setting, and it's a delight to watch. But we particularly enjoy how the script plays with the alliteration of the classic 'she sells seashells' tongue twister.

Why should big advertisers with bigger budgets have all the fun? Mailchimp's Super Bowl campaign is a small business alternative to the big brand names dominating Superbowl Sunday. It's a smart concept that shows Mailchimp is committed to helping small businesses reach a bigger audience with their platform, all while inspiring viewers to shop small.

ClickUp's very first Super Bowl ad campaign is a hilarious take on the signing of the Declaration of Independence, giving the message that their platform stops document-chasing and simplifies co-signing, even in 1776. It's established ClickUp's relatable, human-centric, and humorous tone of voice, and we're looking forward to seeing more from them!

Depicting the legendary Idris Elba in various holiday destinations, Booking.com's campaign theme is simplicity. They're not trying to be flashy or overcomplicated. I mean, they're called booking.com, for Pete's sake. This simplicity even bleeds into the title of the two ads: 'Idris Elba Says Things' and 'Idris Elba Says More Things.'

The best part of this campaign is the third, surprise ad, which is actually just a compilation of all his outtakes named simply: 'Idris Elba Says All The Wrong Things'.

Featuring Idris in front of a green screen in the getup we see him in the previous two ads, we're treated to seeing him giggle, stumble over his lines, ask a woman if she thinks he's sexy (who doesn't?), and even perform an exceptionally-performed hat trick.

Fans love seeing celebrities be human and make mistakes, and this ad shows exactly that.

Amazon's back again with another hilarious 'what if?' commercial. This time, it's 'What if Alexa could read our thoughts?' and the result is... highly awkward. With Scarlet Johansson and Colin Jost as the starring couple, this ad feels more like an SNL skit as they imagine what it would be like if Alexa were, in fact, a psychic voice assistant.

This one starts off as a sweet moment between Seth Rogan and Paul Rudd reminiscing about their long-lived Hollywood bromance together (all related to tucking into a bag of Lay's), and ends up in a very strange place. With creative input from the two comedy giants, this ad is everything you'd expect it to be and more.

Remember the bouncing DVD logo? Oh, the anticipation of watching that logo almost hit the corner of the screen... but not quite. Until it finally does, that is. Simple joys.

Set to the theme of Money by The Flying Lizards, a click on the bouncing QR code harnesses our curiosity to direct us to the Coinbase website to claim $15 of free Bitcoin if we sign up within 48 hours. And the ad was so effective, it actually ended up crashing their website.

Coinbase aren't the first to do this, we've seen small bands at shows with a simple backdrop of their very own bouncing QR codes in the past. But they're certainly the first to do it on this scale.

Very simple, very effective, and shows us that celebrity cameos aren't always necessary when looking to break into the Super Bowl commercial sphere.

So, which one was your favourite?