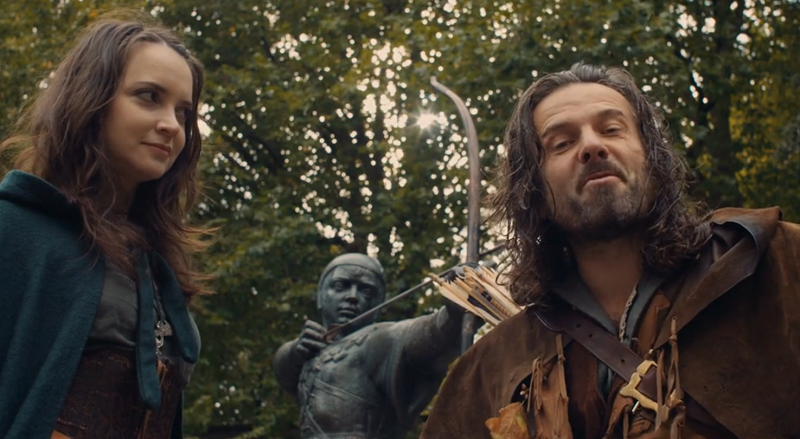 We Dare: We Captured Nottingham's Daring Spirit at the Houses of Parliament

We created a passionate and emotional film, 'We Dare', celebrating the city we love for Nottingham in Parliament Day. Now we want you to help us celebrate too.

Yesterday our film was shown to businesspeople, politicians and diplomats at the culmination of the very first city-based celebration at the Houses of Parliament.

Nottingham in Parliament Day is an all-out celebration of Nottingham: its people and businesses, its achievements and potential. It was the first time a single city has organised an event like this in Parliament, and it's hoped it will set a precident for more regional involvement in London politics.

We were honoured to be asked to create a short film for the event. The aim was to celebrate Nottingham's past and current successes, and encourage key decision makers to get involved with investment and support in the city.

Here's the film we delivered:

The film was shown at the Nottingham in Parliament Day business reception, following a day packed with 45 events - from the GB archery team pitting themselves against Robin Hood at target practice, to an episode of University Challenge between the University of Nottingham and the House of Commons.

We were driven by a desire to shout about everything that makes this city great and to bring a sense of real passion to the occasion. We wanted the story to be told by the people that call Nottingham home, and for it to travel from the past to the present to the future. The film needed to be emotional, honest and compelling.

The filming itself took place across dozens of locations and featured dozens of people. This diversity was something we knew we had to capture, and it was absolutely worth the planning.

We're very proud to continue supporting Nottingham. After our Nottingifs earlier this year, we're eager to come up with new and exciting ways to celebrate our hometown.

We love this city and we want to show everyone why they should too. If you love Notts like we do, please share this video using the hashtag #NottinghamTogether or #NottinghamInParliamentDay. Let's show the world why Nottingham is a place worth shouting about.

Interested in how we can bring passion and excitement to your video project? Just get in touch.