Tilly Wallace talks about her work experience here at Skeleton, and shows off her animation skills with a selfie GIF! Great work Tilly!

Animation and visual media in general have been job routes that I’ve had my eye on for a while, so when trying to organise some work experience it made sense to get a placement in one of those fields.

Of course, this was much easier said than done.

After sending off a few requests and receiving back some polite rejections, I wasn’t too optimistic. But when it was suggested (thanks mum!) that I try emailing Skeleton, a day later I received an email offering me a placement. I’m so glad I did!

From the very first moment, I was presented with a timetable of the things I would be doing over the week. My nerves were instantly eased when there was absolutely no sign of filing on my schedule, and again when I learned that the whole team are wonderful, funny, friendly people.

(I’m not sure, actually, why this was a surprise!) 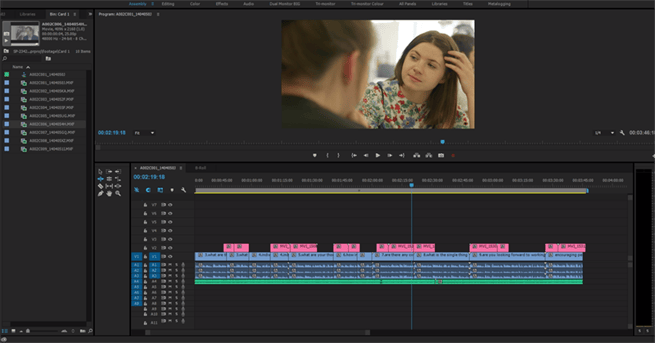 Video editing was one of my favourite tasks during the week. I was given two sets of raw footage and had to edit the outtakes and layer all the best bits together to make a video, and finally add some background music.

Another part I enjoyed was designing a character, which I then animated in Adobe After Effects. It was my first time using proper animation software, so it was a bit challenging at first, but still really enjoyable. The result of this is a strange little dancing character with creaky limbs — who I have to admit I’m quite fond of now!

As well as this, I’ve learned more about camera set-up during an interview, written my own script for a video, gathered some ideas for music on a current project, collected some research towards a new blog post, and listened in on a voiceover recording, amongst other things. In a 9 to 5:30 working day, you could say it’s been pretty action packed!

By the end of the week, I’ve had a go at pretty much every aspect of Skeleton that was on offer, from research, to marketing, to production.

I’m so grateful for the whole team for giving me that opportunity and making me feel like I was part of the team. Now I feel more encouraged to keep working harder at school, and to continue practicing and learning techniques that will help me in finding my dream job in the future, techniques that were first learned right here at Skeleton.

All I need to do now is to practice filing, photocopying, and filling envelopes. Cup of tea anyone?