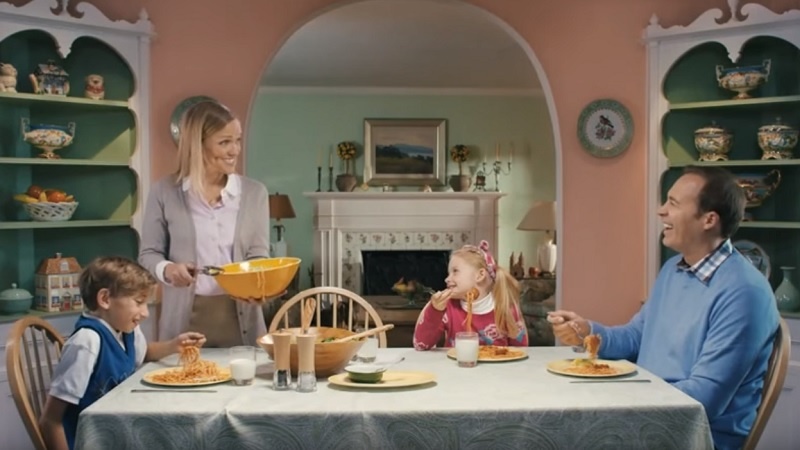 Download our guide for the three major stages to investing in smart video advertising campaigns that support your marketing strategy, plus examples to inspire you.

Video advertising is a great way to generate sales, brand engagement or find new audiences who need your services.

We've found 7 stunning video advertising examples for you to learn from, and we've also created a helpful guide to tell you everything you need to know to start creating your own Video advertising campaigns.

Reaching your target audience online has never been easier — or harder.

On the one hand, video, the undisputed king of digital content, is now easier to create and spread to your audience than ever before thanks to social channels and ad networks.

On the other, everybody's getting involved with video advertising.

You need to create something truly excellent, perfectly tailored to your audience, to stand out.

It might take some forethought, but a powerful video advert (or a whole series of them) is one of the most effective ways of getting through to a very specific segment of people where they already spend their time online. No matter where your leads might be in the marketing funnel, it's a surefire method of communicating your message and keeping them engaged.

And considering it takes at least seven touches to turn a potential customer into a qualified sales lead, you should be planning your consistent message across channels of all kinds, including ads.

Here are 7 wonderful video advertising campaigns from businesses and brands, plus the strategies that made them so successful, to inspire your own adverts in the future.

What Makes a Great Video Ad?

Before we get to the good part (the ads!), let's do a quick run-through of the major elements of a successful one.

A great video ad should, with a few exceptions, meet the following criteria:

1. It grabs the eye in the first few seconds.

In an increasingly busy online world, you must work hard to grab attentions. A video advert should use the first 3 precious seconds to draw your audience in with something inherently eye-catching.

2. It keeps viewers invested with an emotional core.

Your ad should offer something valuable, otherwise viewers won't waste their time. Appeal to their emotions — be entertaining, inspiring or educational.

3. It's tailored specifically to the audience.

One of the key benefits of video ads is how carefully you can target them. Make sure you're tailoring your content to your target audience's state of mind and stage in the marketing funnel.

Don't waste the goodwill you've built up. Make it clear what you want your viewers to do after watching your ad, and easy for them to do it. Encourage them get involved!

Yes, these days a lot of successful ads are several minutes long. But they still need to be punchy and concise. Take as long as you need to communicate your message and no longer.

Let's start with an undisputed prince of video advertising: this viral hit from newcomers Dollar Shave Club. If you haven't watched it already (come on now, really?) then check it out below.

This ad really does get so many things right. It begins with CEO Michael Dubin staring and talking straight at the viewer, an interestingly cluttered background behind him, and a punchy first joke — complete with F-bomb — all within 15 seconds.

It's completely spot-on for the audience of 18 to 35 year old men, playing off the success of previous ads from the likes of Old Spice. It makes viewers laugh, causes them to feel slightly foolish for spending so much money on razors, and finally directs them straight to the DollarShaveClub.com website.

But the true genius of this campaign is the fact that the company, then a relatively unknown brand, knew they had a limited budget for ad spend. While YouTube ads could provide an initial push to their target audience, they would need to rely on people talking about the ad to really get their name out there — so it was vital they made a big impact. Their all-out strategy paid off, with the company being sold to Unilever for $1 billion just four years after the ad ran

YouTube pre-roll ads give viewers the option to skip after 5 seconds, but some brands have done really clever things with the medium. Here's just one example.

It's part of a four-ad campaign featuring videos that techically "end" after 10 seconds but carry on awkwardly for another minute afterwards. And it's a stroke of super simple, totally refreshing genius from American insurance provider Geico.

Geico knew that as many as 94% of all pre-roll ads on YouTube are skipped. So they decided to put the emphasis on those first 5 seconds, creating a sense of expectation in the viewer that made them unable to stop watching. They broke some rules along the way, too. The ad is probably longer than it needs to be — but that's what makes it just so awkward/funny.

Nor does the video feature a proper Call-to-Action, though the massive logo stuck in the middle of the screen throughout ensures brand awareness is high and that viewers know where to look if they want to find out more. Overall this quirky, unique campaign makes viewers smile, rather than feel frustrated, and is memorable enough to spark discussion.

Knorr, food brand famous for sauces and stock pots, created an ad campaign centered around our love of flavours and tailor made to succeed on social media.

The brand was looking to reach millennial's, up to half of which describe themselves as foodies. Beyond eating delicious food, millennial's are also doing a lot of dating. Knorr's global research project found that people are more likely to be attracted to those who enjoy similar flavours. And thus an idea was born.

By having strangers meet for the first time over a mutually enjoyable meal — and dictating that they must not feed themselves, but each other — Knorr tapped into the thirst on social media for videos featuring food, romance and real-life scenarios.

The campaign ran ads across Facebook, YouTube and other social networks. Knorr also partnered with foodie community Tasty to help spread the video. Viewers are directed to a mini-site that asks questions about your favourite types of food, before sorting you into one of 12 flavour profiles. As a perfect finishing touch, each ad was edited specifically for the platform it appeared on: notice how the Facebook version has subtitles so viewers can watch without sound.

In this campaign Always turned an insult into a message of empowerment to bring greater self-confidence to girls and women, as well as appealing to the next generation of customers.

How do you make an impact in the feminine hygiene market, something that most people want to spend as little time as possible thinking about? Always found that they were losing ground to competitors who were engaging a younger audience on a more human, emotional level and dealing with topics like what it means to be a woman.

So they did some research. What they found is that confidence and self-esteem, the cornerstones of the Always brand, plummet for girls during puberty — twice as much as they do for boys. There are many reasons why, but one cause is harmful stereotypes which label women and girls as "lesser" than men.

Always attempted to tackle these stereotypes with this powerful, inspirational ad. They chose YouTube pre-roll ads as their main vehicle to maximise views and reach, accompanied by social posts and influencer outreach. To date the video has been shared over a million times.

5. Squarespace: Make Your Next Move

Video ads aren't just for awareness at the top of the funnel. They can be used to target your leads at any stage in their buyer's journey, as Squarespace show with style.

It's part gorgeous visuals, part case study, and it features a snapshot of the story behind one of their customers. While this kind of ad wouldn't necessarily work for those unfamiliar with the Squarespace brand, it's a great way to build social proof and stay top of mind for those who've already engaged with the company in some capacity. A retargeting campaign is the ideal way to promote this type of video ad.

The campaign culminated in a Superbowl ad - see all the ads in the series here.

If you're looking for a confident, consistent brand that uses video advertising to connect with leads at all stages of the funnel, look no further than Squarespace.

Sometimes just poking fun at what you're trying to do can be a breath of fresh air when it comes to advertising, especially when viewers are so savvy. Enter Burger King.

The fast food chain kind of wanted to have their cake and eat it too, which is why this ad campaign exists. Each video simultaneously bemoans YouTube ads while also being one itself (and even managing to sneak in a reference to the company's stunner meal deal).

But as a true testament to how far Burger King were willing to go, there are an incredible 64 variations in this campaign. The videos reference a raft of things that viewer might have been wanting to watch on YouTube before the ad started playing, including film trailers, Jimmy Fallon clips, music videos and even "graphic animal attacks". It's a clever bit of targeting using Google AdWords' ability to play ads before specific YouTube videos based on content and keywords.

Since Burger King were looking to reach young men in New Zealand, they picked some of the most popular and trending videos in the country to advertise alongside. So it's no surprise why the ads make reference to All Blacks highlights and screaming goats.

Volvo Trucks ran an ad campaign with the goal of getting up close and personal with their products while retaining something of a Hollywood flair. This is the result.

It's one in a series of videos called Live Tests. As the name suggests, each one features an incredible live stunt showing off the features of Volvo's trucks as performed by trained professionals. You've probably heard of its bigger, more popular brother The Epic Split.

All of the videos are noteworthy stunts with huge visual appeal and an engaging story. Volvo were looking to gain awareness from the campaign, but not necessarily numbers of views: they were more interested in real engagement from their potential customers. That's why the video above is so interesting, because it generated exactly the response the company was looking for from potential customers (excitement, disbelief, admiration).

With a fairly weak advertising budget, Volvo knew their YouTube ads could only take them so far. They backed them up with a clever PR strategy that involved sending out plenty of information about the stunts to encourage industry bloggers and news media to watch the videos too.

Round-up: Keep Your Brand Top of Mind with Video Advertising

And we're done! Those were 7 examples of video advertising campaigns that grab their audience's attention, keep them engaged and ultimately manage to share their message.

Video ads are just one part of a full video content marketing strategy that should cover how video content works to support your goals throughout the marketing funnel. It should also include a healthy mix of paid, earned and owned kinds of video — so you can cover all your bases when it comes to reaching your target audience consistently and comprehensively. 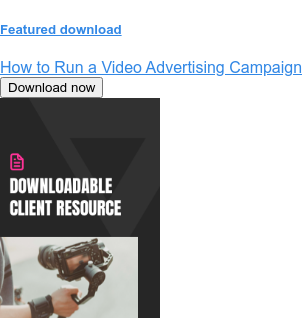